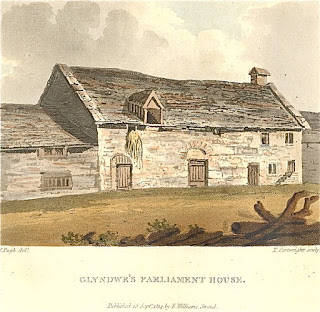 Areas of Law   Trade Marks and Passing Off

Connection with Wales    Defendants based in Caerphilly

Facts   The claimants import high-quality charm bracelets consisting of a frame and detachable and interchangeable charms from Italy which they distributed in the UK through a chain of authorized dealers and online under the NOMINATION brand.  They protected their brand by registering the word NOMINATION simpliciter and in a stylized form as European Union and international trade marks for  "precious metals and their alloys and goods in precious metals or coated therewith, not included in other classes; jewellery, precious stones; horological and chronometric instruments" in class 14.  They distributed their merchandise in sturdy, stylish boxes prominently branded with the NOMINATION mark that exuded quality.

The defendants ran an online-only jewellery business. They offered their own similar charm bracelets under their own registered trade mark with charms that were interchangeable with the claimants' charms.  They also purchased genuine NOMINATION bracelets which they disassembled and re-sold as individual NOMINATION charms.  They advertised their own and NOMINATION goods on eBay as

which gave the impression that both parties charm bracelets came from the same source. The defendants supplied the claimants' charms not in their original packaging but in blister packs or polythene bags.

Defence  EU and UK trade mark laws provide that a trade mark is not infringed by a resale of branded goods by reference to the mark once the goods are placed on the market with the trade mark owner's consent.   The defendants replied that the claimants had exhausted their rights in their trade marks by placing their bracelets on the market.  As the defendants had bought the claimants' bracelets from authorized dealers there were entitled to dismantle them and sell genuine NOMINATION charms under the NOMINATION mark.

Response   The claimants had not given their consent and they had a legitimate reason to object to the resale of their charms as they were supplied in inferior packaging which detracted from their reputation for quality.

Judgment   Judge Hacon found that the defendants had infringed the claimants' trade marks by referring to those trade marks in their eBay ad and by repackaging the claimants' products in cheap packaging.  The ad gave the impression that the claimants' products came from the same source as the defendants'.  That was also an actionable misrepresentation for the purposes of passing off.  Such misrepresentation had led to confusion which damaged the claimants' business.  The judge also found that the repackaging of the claimant's charms in inferior packaging was a legitimate reason for opposing further reference to the claimants' mark in that such repackaging detracted from the claimants' reputation for quality. However, His Honour did not find the purchase and dismantling of charm bracelets and the resale of individual charms to be actionable per se.  In his view, the claimants impliedly gave their consent because the whole point of a charm bracelet is that individual charms can be changed or even taken apart and reassembled from time to time.